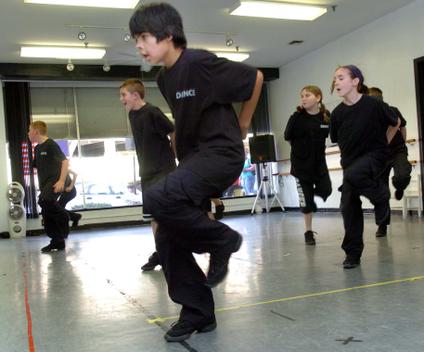 QUINCY - It's 5 p.m. on a sunny Thursday afternoon. A lot of South Shore boys are out on a baseball field, but a few are at their local dance studio.

Out of place? Not at all.

To the grooving hip-hop beats of Omarion's "Entourage," the boys are popping and locking with their female classmates. They drop to the ground and jump right back up. Their kicks and steps are coordinated.

It's clear that they've done their homework.

And as members of the competitive junior street dance and hip-hop team at Lisa's Dance Studio in Quincy, not only do these guys have good reason to be here, they're proof that the girls-in-tutus stereotype is a thing of the past. "It brings out your most energy," said David Dreyer, 12, of Quincy. "It doesn't matter what mood you're in, it lets you bring out anything you have inside." 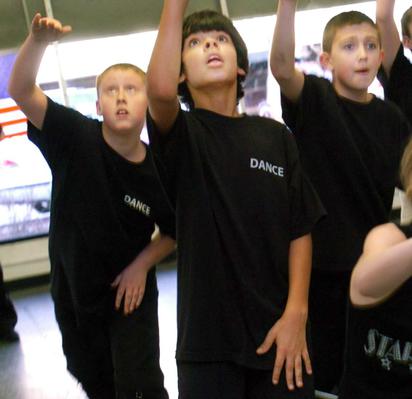 Dreyer is one of the four boys on the studio's junior hip-hop team, which recently won gold at a regional competition in Quincy. The style of dance, urban street dancing, stems from the increasing popularity of break-dance artists known as B-boys. A new film, "Planet B-Boy," chronicles the global phenomenon of these dancers.

For studio owner Lisa Jones, who worked as a choreographer in the music industry, the popularity of street dancing these days is a far cry from when she started offering the class in 1989.

When they initially decided to perform hip-hop at a competition, the judges and other dance teams were unhappy with what they saw. Many said it wasn't "real" dance. One judge predicted that street dance would die out in five years. Now, close to 20 years later, Jones has so many applicants for her 14 street dance classes that she has to turn some students away.

Many boys have taken advantage of the opportunity to get involved in dance - something they may have never thought to do before. "As they get older, it seems hip-hop is really the "in" thing, especially like with the shows on MTV," said Tracy Parris, who co-coordinates the junior hip-hop class. "A lot of the boys want to emulate the dancing they see on television."

According to Jones, music videos and the rise of boy groups like 'N Sync made many boys want to start dancing.

"They were so innocent-looking," she said. "That helped to make it a little more acceptable to parents."

Parris said that while many boys at Lisa's Dance Studio start out with more standard dance like jazz or tap, hip-hop is often the one they get most excited about. "If they do start younger, it's "How old do I have to be to start street dance?"" co-director Helenmarie Gorman said. 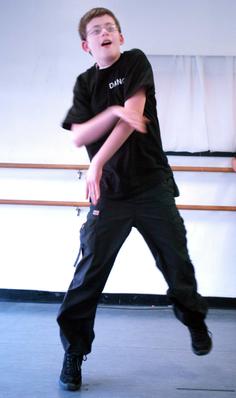 Nancy Guzman, who teaches Spanish at North Quincy High School, has been co-adviser to the school's hip-hop dance team for the past two years. This year's group was predominantly female, but the male students were no less able to show off their moves, she said.

"I know most guys wouldn't get into any other type of dance by choice," Guzman said. "You don't meet very many men that get extremely excited about (other forms of dance)... Hip-hop is the music that they listen to, that they relate to, so they feel comfortable dancing to it."

They've performed at school rallies and art shows, among other events, and the reactions they've gotten have proved that it's the cool thing to be doing. "I have to say ... they're a favorite at the rally," Guzman said. "They always got a warm round of applause from their peers."

The street dancing done by the younger boys at Lisa's Dance Studio has been a big hit with friends and female classmates. Said T.J. Hobin, 12, of Quincy, "When you're at a dance and you're the only boy that can dance, all the girls want to dance with you."